Eugenie Markham is a freelance shaman. She spends her days battling otherworldly creatures that find their way into the homes of regular people like you and me. She stares down the vile and evil eyes of those wanting to do harm to the innocent. Then she goes home and puts together puzzles. And she does it while wearing silk pajamas.

As if her day job was high stress enough – suddenly these creatures know her name. Her real name – not the name that she uses as her alias. How could they possibly know her name and why all of a sudden are they all propositioning her?

If something like that was propositioning me, I’d kill them too.

Then, a client approaches her with a dangerous job that pulls at her heartstrings. A young girl has been kidnapped by Gentry (AKA fairies and I ain’t talking about Tinker Bell) and taken to the other world. Eugenie knows taking her body into that world could be dangerous – it could be deadly. Torn between what she should do and what she wants to do, she does what any single, hot female would do: she goes out to a bar to blow off steam. (come on admit it, you do it too)

It is at this bar that she meets Kiyo, a regular joe – a veterinarian. Someone she actually likes. Things go well until they don’t. An elemental appeared in the room she was sharing with Kiyo. Things got surprising when the ‘average joe’ kicked it’s a**, and they sent it packing. Turns out Kiyo might not be who he seems…

Before Eugenie could get any answers Kiyo disappeared and left her with a surprisingly large hole in her heart. But Eugenie is a professional and life must go on.

She has a job to do and people to protect. Watch out otherworldly demons…Eugenie’s heart is breaking and that means she’s taking her man troubles out on you.

I am only just becoming aware of how great the market can be for a Graphic Novel. When Sea Lion Books sent over this novel for me to read I was so excited. I mean this is the work of Richelle Mead. I had no idea that she had gotten into the graphic novel scene.

Thank goodness someone told me.

This was a rockin’ start to what I think is going to be an awesome graphic novel series. There was a ton of action to move the story along and lots of creepy otherworldly beings. And I was the only one who noticed the chompers on those things?? I mean yikes! Those teeth looked like razors…

Anyway, I like the premise of these novels. I like the idea of a tough as nails female who doesn’t need a man to scare away the baddies that creep into her life. But…I also like that maybe she might like to have a man to banish some of that loneliness. Oh, yeah and to maybe rock her world.

This is only the second graphic novel that I have read, but once again I was stuck at how the writer has to impart so much information with so few words. It was done well here and the reader really gets a good sense of the characters and their personalities. While I may not be super experienced with graphic novels, I do know that if you can’t get the reader to connect with the main character then you’re just wasting paper. Good thing Sea Lion books knows what they are doing.

The art work was really great too. I don’t know why and am slightly embarrassed to admit that I never really wanted to read a graphic novel before because I thought something in the story might be lost in between all those pictures. But you know…the pictures added to the story - they imparted what the words did not. It was a little light bulb moment for me. I loved the use of color and the way the scenes moved so seamlessly from one to the next. And, let me just add that I personally liked that Eugenie had red hair. It looks hot. I also like her alias name, Odile. The Dark Swan…it seems to fit her.

I would recommend this series of graphic novels to anyone who wants a change of pace from their regular reads. They are quick, fun and have pretty pictures  . I would classify these as being more on the adult side than the young adult. If you have a teen that is just dying to read them I would suggest reading them first as a preview…just to be sure it is something that you approve of.

This review is written by Cambria Hebert
Posted by BOOKWORM NATTIE at Wednesday, June 29, 2011 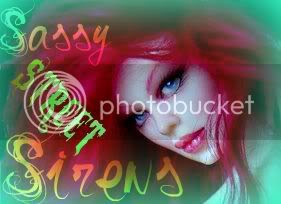 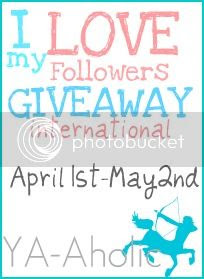 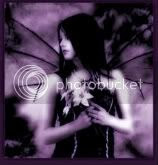 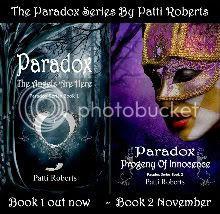